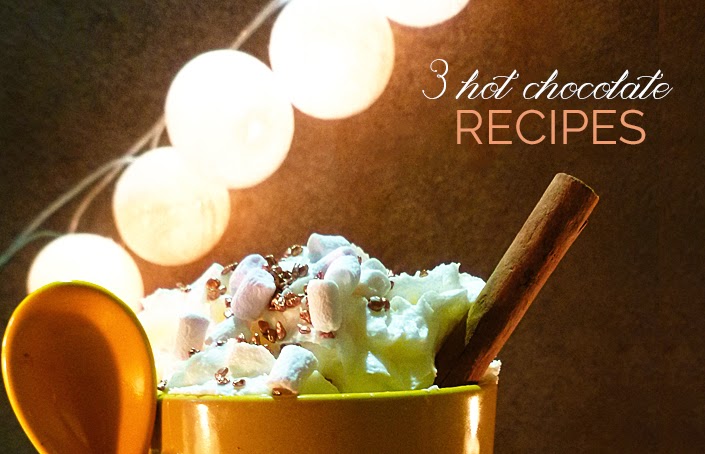 A guilty pleasure when the weather is getting colder : the oh so comforting real hot chocolate. I must confess that I don’t drink this only during winter, but more like all year long. But now that December is here, I’m craving new flavours that would remind me of Christmas. To help you wait until the 24th, discover my 3 delicious recipes for a real hot chocolate that you will want to try so bad. 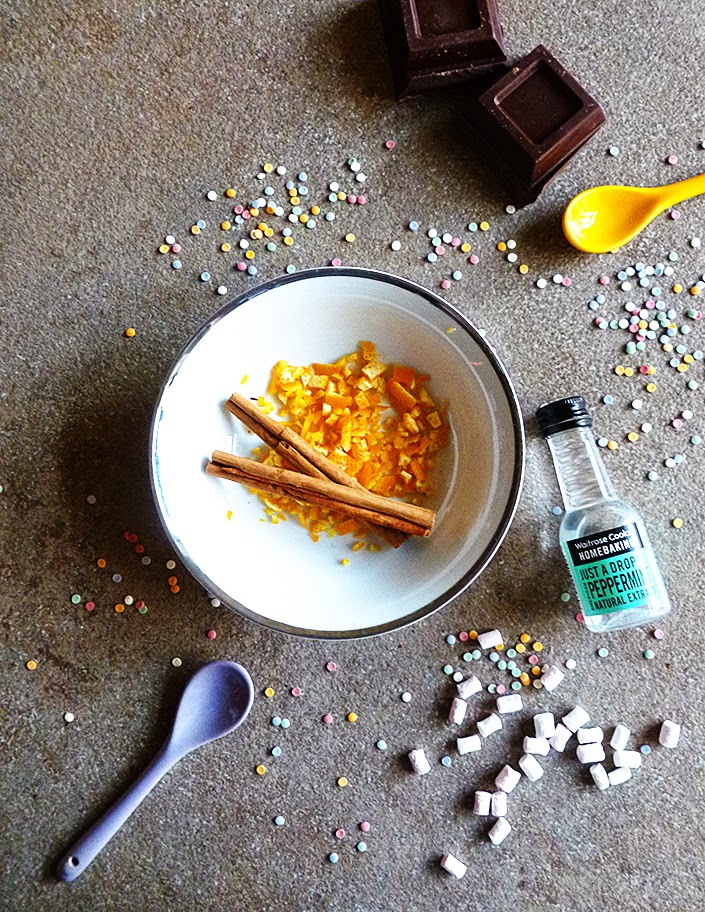 I’m going to explain how to make a hot chocolate with an orange flavour, an other with cinnamon and a third one with peppermint.

For two mugs, you will need :

• a stick of cinnamon (or ground cinnamon)
• ground Cayenne 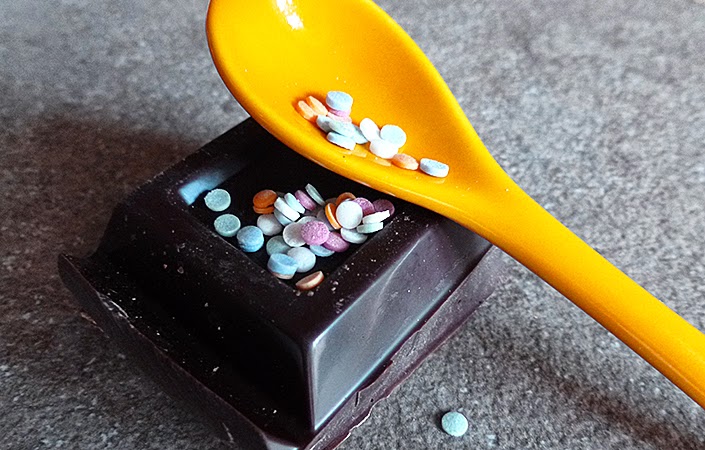 
⇒ Melt the chocolate in a bain marie.
⇒ In a different saucepan, heat up the milk. Be careful, it shouldn’t boil.
⇒ Once the chocolate fully melted, fill a quarter of the mug with it.
⇒ Complete the mug with the hot milk and mix well. Sometimes, the chocolate agglomerates and doesn’t blend into the milk. To resolve this, simply stir with a whisk during a few seconds.

It is now time to add some flavours to your hot chocolate !

Now, you just have to decorate your mug ! I added whipped cream on the top and decorated according to the hot chocolate’s flavour. For the yellow mug (cinnamon), I sprinkled edible golden flakes, mini marshmallows, and added a stick of cinnamon. For the purple mug (orange), I used the rest of my orange zests, sugar confetti and mini marshmallows. Enough to please your friends (or children !) all winter. 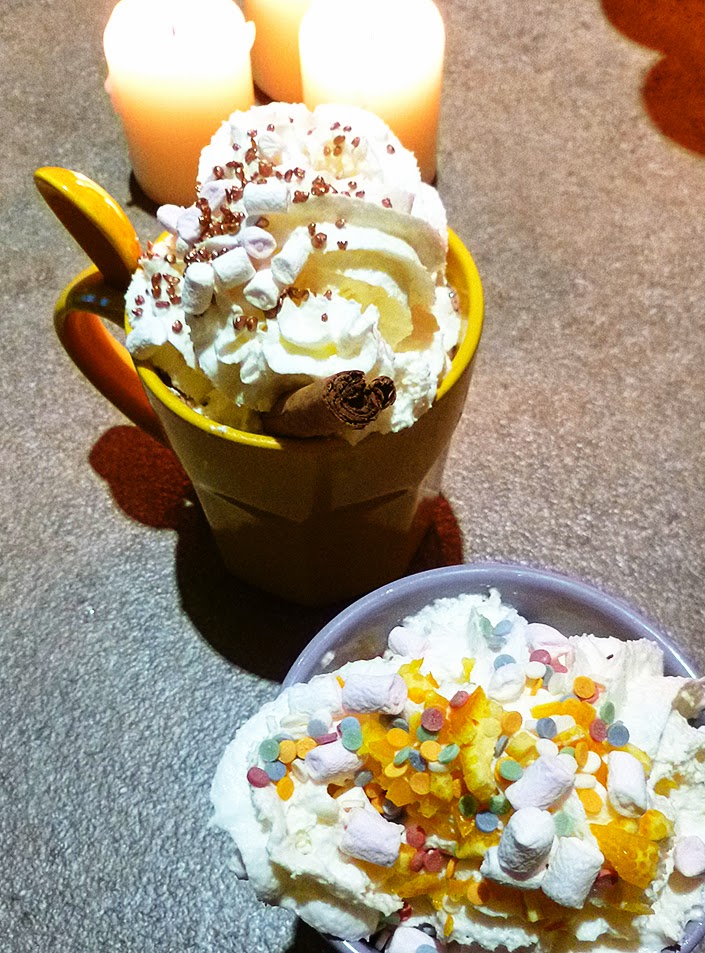 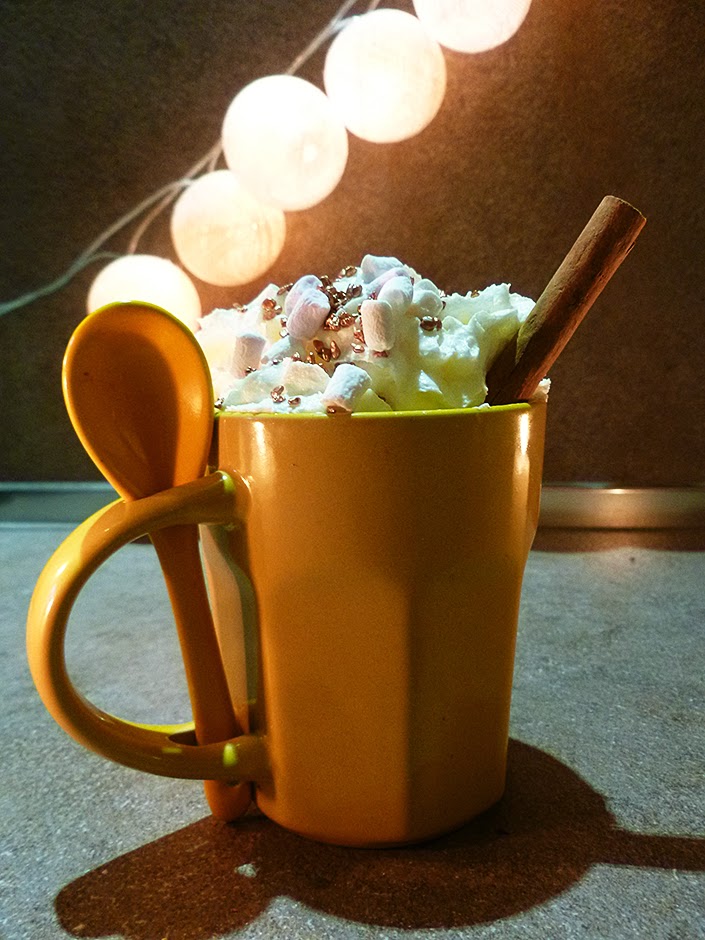 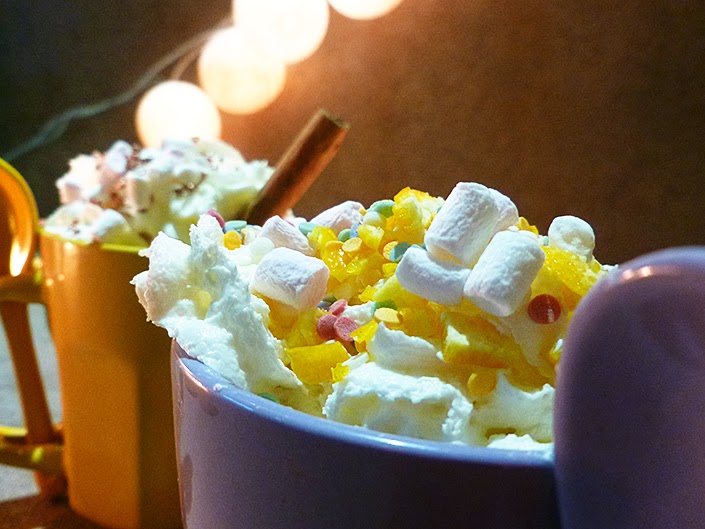 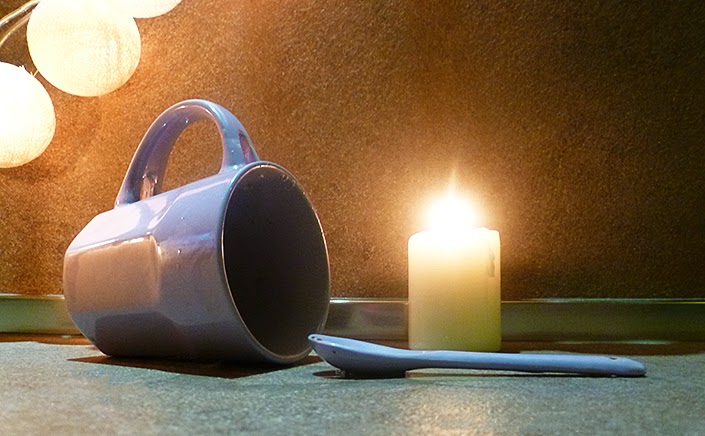 I’ve been promising my homemade yogurts recipe for a while and I’m here to deliver ! Since it’s…
0 Shares
0
0